Everything You Need to Know About Denim

Denim’s a wardrobe staple that we love & wear as it’s versatile, comes in all different styles, goes with anything & can be dressed up or down. Having said all that about the benefits of this robust fabric, what do we know about it what denim actually is & its origins?

What is denim made from? I never thought about it, until I did some research. It’s a type of cotton twill, (stay with me, it gets confusing!) in which the weft passes under two or more warp threads. Warp threads of denim fabric are dyed in indigo, but, weft threads remain plain white. Which explains why denim is blue on one side, & white on the other. When it’s used to make jeans, the denim is turned blue on the outside & because of the way it’s made it fade the way it does wash after wash. Interesting eh?

The word denim comes from fabric ‘serge de Nimes’ made in France city of Nimes from where it started off.

In the 1800’s blue jeans came about at the time of the Gold Rush in California as American gold miners needed hard wearing clothing that wouldn’t tear easily & lasted long. A tailor called Jacob Davis collaborated with Levi Strauss & the two of them started supplying miners with robust denim that were reinforced in areas that normally tore easily. Years later in the 1930’s when cowboy movies were coming out of Hollywood, jeans became popular as actors wore jeans as part of the movie. When World War II started, jeans were not that popular, until, soldiers were wearing them when on leave. When the war ended, Wrangler & Lee jumped on the bandwagon & started making jeans.

In the 50’s, as a mark of rebellion, young people started wearing jeans & were inspired by the young actors at the time who were Marlon Brando & James Dean. Some public places, like schools & theatres, even banned jeans because of the rebellion taking place amongst young people in those days! Then in the 60’s & 70’s jeans made the transition to fashion as they were being made into different styles & designers had started making it into a trend so they became acceptable.

There are so many washes & finishes of denim, it can get confusing…

This denim is unwashed & as described, in its raw state, & stiff straight from the mill.

Most popular in the ’80s, but, it seems to be making a comeback. It’s made by soaking pumice stones in chlorine & adding them to the wash process. Incredible!

The simplest wash for denim, where the remaining dye is removed from the fabric, to help stop the color from running. This wash makes the denim feel softer whilst giving it a clean look.

This wash is a very common choice for most denim, mid-wash undergoes a longer washing process than the rinse denim to take away more of the indigo dye to create the mid blue color. This wash also makes sure that the denim is softer compared to raw denim.

This wash means that the denim has a longer washing cycle than mid wash, which results in a lighter blue shade of denim.

Bleaching denim makes it heavily faded. It’s easy to tell bleached denim easily as it’s light and washed out. Washing with bleach is a way to do this finish, or, It’s also done by spraying or hand rubbing on the areas that you want this effect, but, it’s complex & would need to be done by somebody who’s skilled in this area of expertise.

Black & gray denim goes through the same type of dying process as traditional blue denim, the only difference is that different dye colors are used.

This process is when different dyes are added to the denim during the wash. Usually, brown & green tints are used.

A coating of PU (Polyurethane) is applied on the fabric in the mill after it’s weaved to help it to last for as long as you keep the denim, & it won’t deteriorate throughout its laundering life. How cool is that?

The worn-in vintage look is created in the washing & finishing of them. Tints are added to give the effect of ‘aging.’

A type of bleach called PP Spray is included to finish the process, in addition to hand scraping, whiskering ( thin fading lines formed from creases that are usually found on the front pocket area of jeans) & grinding.

So, there you have it. The next time you pick up a pair of jeans, you’ll be able to appreciate all the work that went into them, & have an idea of all the processes it went through to achieve the desired look! Jeans are always a good idea, they come in limitless styles, hardwearing & more than just blue – dare to be different! 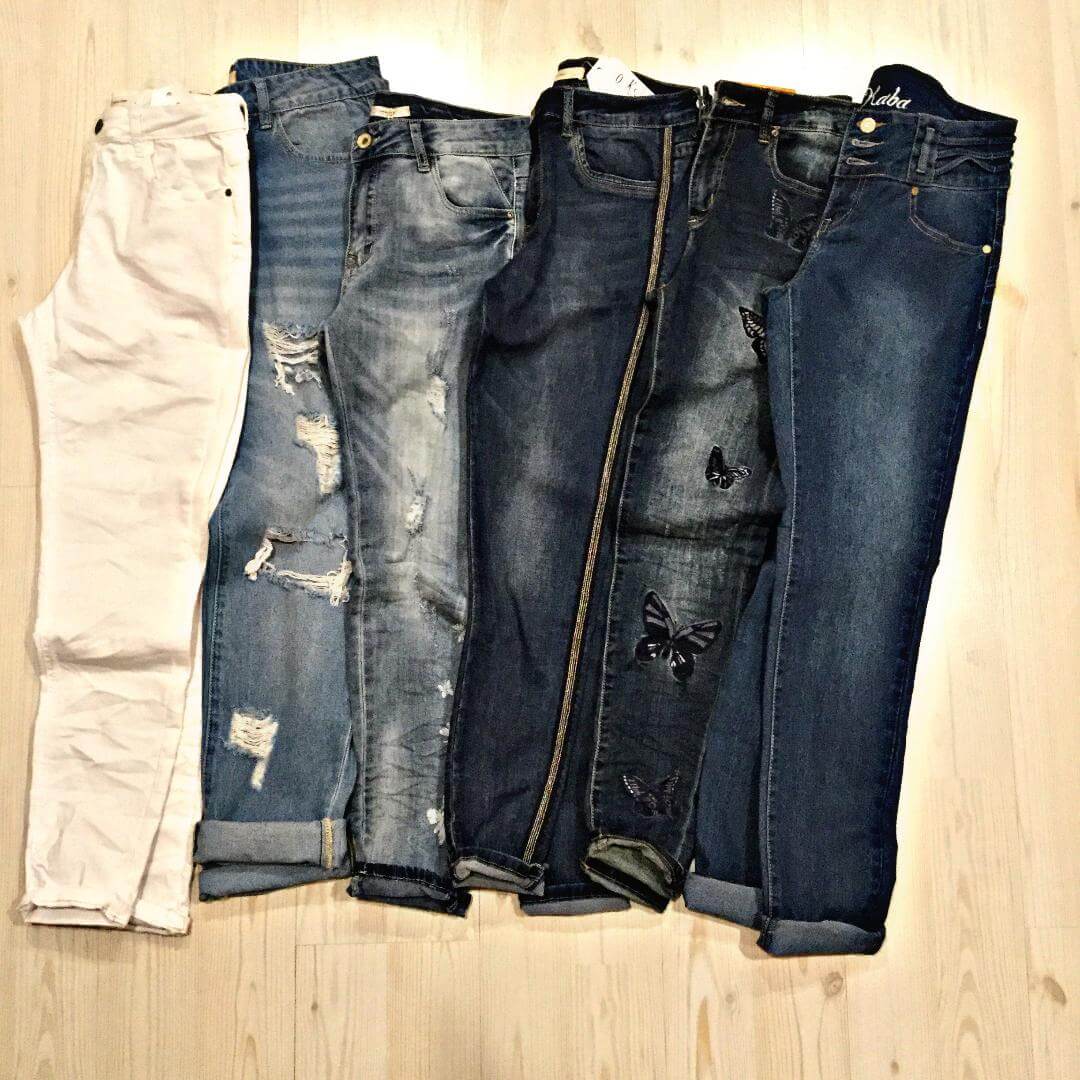 Dresses You Never Knew Suited You 10 Reasons We Love Fashion